Uttarakhand, the state full of natural marvels that allure and appeal tourists of all kinds of travelers especially the adventurers who seek to plunge themselves in the world full of adventures and thrill. The flower knitted meadows and the snow-capped mountain peaks are some of the most sought and high-rated attractions that compel the tourists to flock from all across the globe. The spell bounding landscapes of the hill state offers its tourists a perfect background to collect some amazing pictures for their travel frames. Trekking along the steep mountainous regions adds more thrill and excitement to the adventure lovers and also the nature lovers. Excited to trek along these trails in Kumaon? If yes, then read the article till the end so that you get to know about various trekking opportunities that await the adventurers in this hill state. 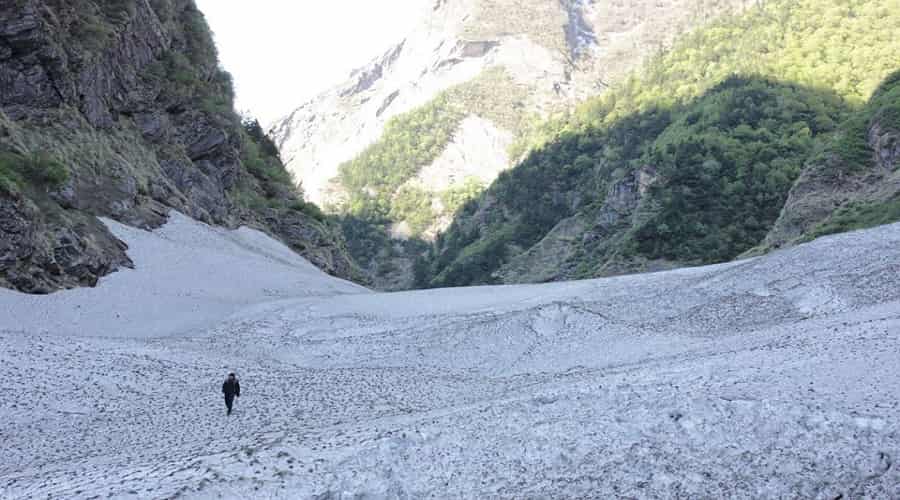 One of the most popular and difficult yet accessible glaciers of Uttarakhand, Milam glacier trek seems like an entry to the mystical land of Uttarakhand. If you want to cover this 114 km long trek then you need to take out at least 11 days so that you can complete this largest trek in Kumaon. The glacier offers the spellbinding and the panoramic views of Mangraon, Hardeol, Sakaram, and Deo Damla peaks and also the route passes through the remote villages, icy paths, thick woodlands, waterfalls, and the wooden bridges that need to be crossed by everyone. 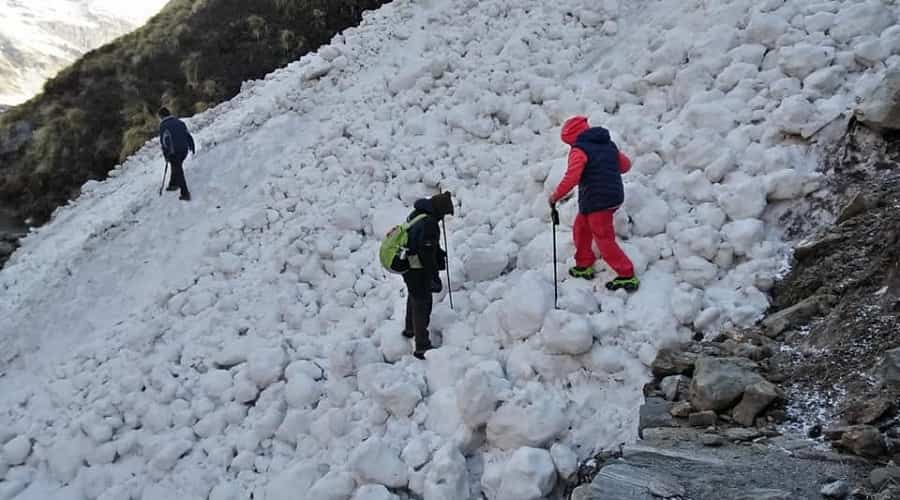 Tucked between the two lofty mountain peaks, Nanda Devi and Nanda Kot, Pindari Glacier is located in the Bageshwar district of Uttarakhand where several mountaineers have thronged so far since the last century. A total of 10 days is required to complete this trek that commences from Loharkhet. Nestled at the huge elevation of 3353 meters above the sea level, covering this astonishing Pindari Glacier trek offers you a wonderful chance to traverse along the southern wilderness of the Nanda Devi Sanctuary and also to capture the mesmerizing views of Maiktoli, and Panwali Dwar mountain peaks. 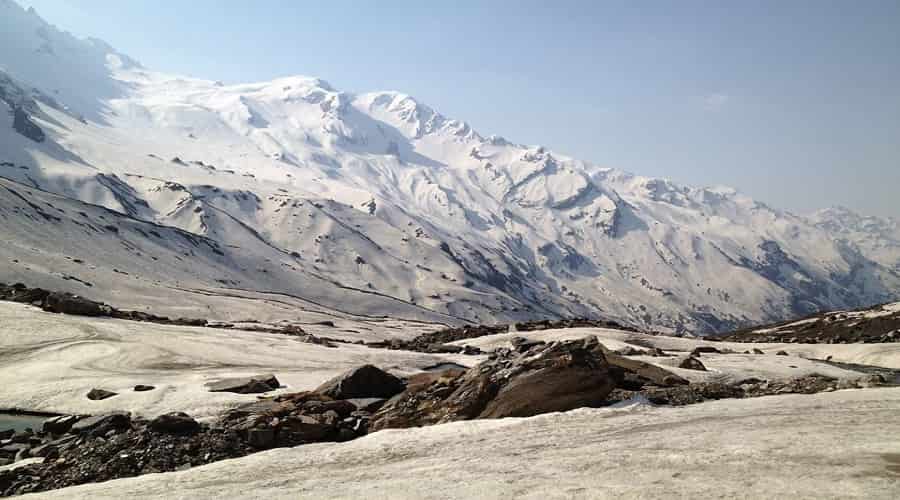 Located at the altitude of almost 3860 meters above the sea level, Kafni Glacier trek is considered as a moderate to difficult level trek that starts from the tiny hamlet of Loharkhet in Bageshwar. This huge trek is located on the right side of the Pindari Glacier and the route to both Kafni as well as Pindari Glacier trek is the same till Diwali and then after Diwali, the route followed for Kafni trek changes. The entire region you cover on the trail is blessed with the exotic collection of fauna and flora and also a perfect background setting to capture some appealing moments in your camera. 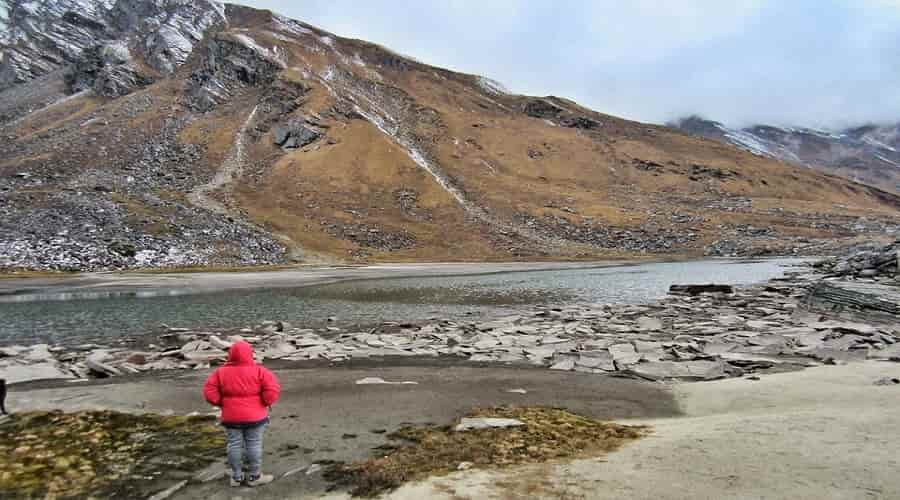 Popularly called “The Valley of Stones”, Sunderdhunga Valley trek is considered quite difficult as compared to Kafni Glacier trek and Pindari Glacier Lake. The trek to Sunderdhunga goes through Dudhia Dhaung, Jatoli, and Kathalia and this route commence at Loharkhet. This trek is less time consuming as compared to the three treks that are mentioned above and can be completed within 8 to 9 days. Likewise other trekking trails, the trek offers you the spellbinding views of the mountains including the snow-capped Mrigthuni, Tharkot, Panwali Dwar, and Maiktoli. 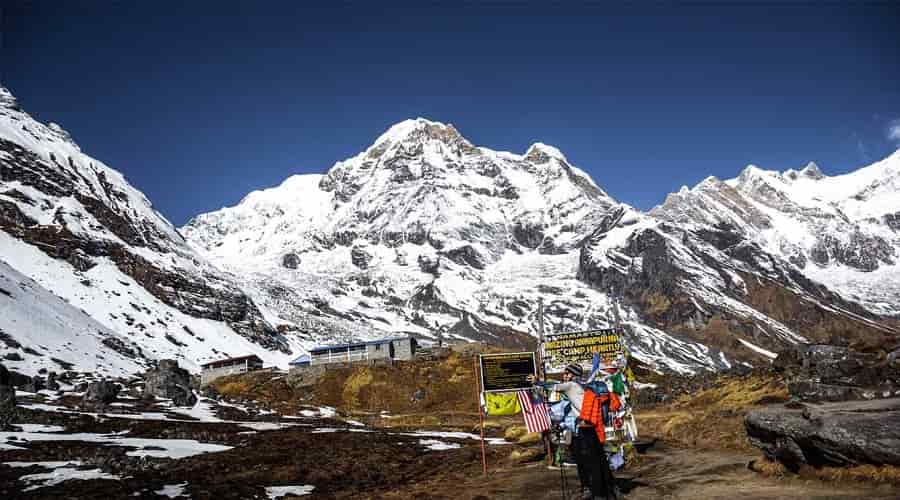 Also called as a replica of Mount Kailash in Tibet, Adi Kailash trek is nestled beautifully in the Indian territory and is also called as Little Kailash or Chota Kailash. If you are a mountain lover and want to cover the trek that soothes you from inside then you must cover this exhilarating trek that is almost 18 km long. Tucked at the elevation of almost 6000 meters above the sea level, the trek passes through the Chaundans Valley, Bryans, and dazzling Drama where one can witness the charm of snow-peaked Annapurna Peak. The Gauri Kund and the Parvati Lake are adorned at the very foothills of Chota Kailash and the temple is dedicated to Goddess Parvati and Lord Shiva.

It is one of the most exciting and exhilarating base camps has been sprawled over an area of almost 40 km radius that starts from Dar to Panchachuli and this 10 days long trek offers you an enthralling experience. This is an easy to moderate peak that offers you with the appealing and panoramic vistas of the snow-capped mountain peaks, carpeted grasslands, diverse Himalayan flora-fauna, and also the bubbly streams. This pleasant trekking trail takes you through the remote areas of the villages of Duktu, Sela, Baaling, Nagling, and Bongling along the river Dhauliganga.

Another wonderful trekking place in Kumaon for the avid trekkers, the Ralam Valley East in the Kumaon region is almost 2 weeks long trek. This huge trek commences from Munsiyari and takes you through the Gori Ganga River past Ragari, Martoli, Mapang, and Simudu. From this place, the route will take you the region closer to the snow-peaked mountains including Chirag We, Chaudhara, and Suitilla settled on the eastern side. 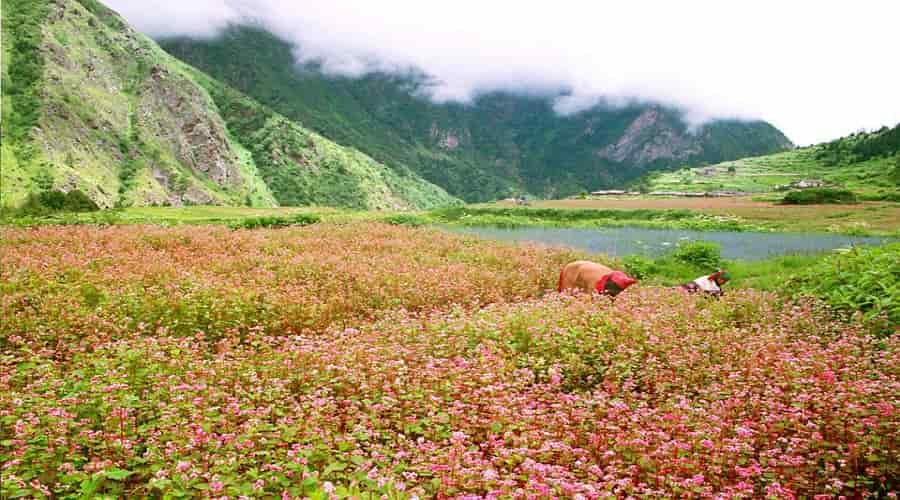 The scintillating Darma Valley trek is relatively less explored or unexplored that offers the charming and the most scintillating views of the scenic splendors. Likewise Panchachuli Base Camp trek, this trekking trail also follows the same route but the only difference is that the trekkers can peculiarly witness the proximity of Darma Valley. However, the trek route is a little tedious but the appealing beauty of the scenic vistas reduces the pain of the trekkers. This 60 km long trek commences from Sobla and is so-called as the entry point of the Darma Valley and takes you through Baling, Sela, and Dar. 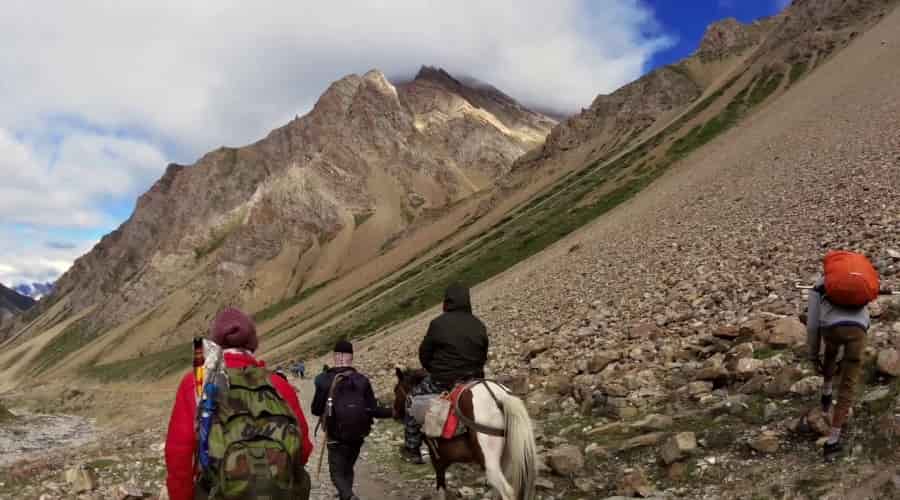 The trek that comes under the Chaudans Valley of Dharchula which is a sub-district of Pitthorgarh district where it gets connected with the Byas Valley of Nepal and Tibet, an autonomous part of China is another popular trekking route in the Kumaon region of Uttarakhand. The trek holds a remarkable history which states that it has been used by the ancient mendicants, traders, and the devotees traveling from Tibet and Nepal. Presently, this pass is opened for cross trade each year between the months June to September. 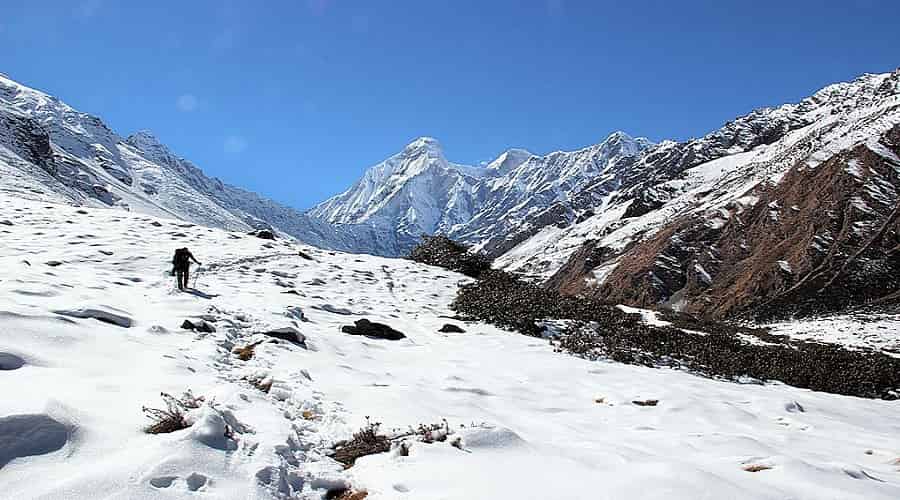 Nestled at the impressive height of 4150 meters above the sea level, the moderate level of trek Nanda Devi East Base Camp which gets completed in 15 days. This hugely located trek commences from Munsiyari which is a tiny hamlet and the habitat of Johari tribe. One can witness the impeccable charm of the mystical Panchachuli peaks and the spectacular views from Milam glacier of Trishuli, Rishi Pahar, and Hardeol are more amazing and charming. The occasional sightings of the attractive Snow Leopard also called as Himalayan Musk Deer and also the enchanting views of Nanda Devi Base Camp.